In the 16-member England squad, the all-rounder Ben Stokes has joined. In a recent case in Bristol, Stokes had to spend one night in jail. He was arrested early on Monday and was later released.

However, England has not yet been disclosed that Stokes will remain in the team as a vice-captain or not.

In a statement about the team, national selector James Whittaker said, “This tour of Australia will be a tough test for this team. We (captain) Joe Root and (coach) Trevor Bayliss have given a balanced team. ”

Former New Zealand fast bowler Shane Bond has been appointed as the bowling consultant of the England Test team. Until the end of the second Test against Australia, the team will be part of the management.

In addition, former England captain Paul Collingwood has been included in the Test series and one-day coaching staff.

Matt Clark, the chief coach of County Club Kent, will be the assistant coach of the England team during the T20 series against Australia and New Zealand.

The first Test between Australia and England will be played in Brisbane from November 23 to 27.

Lalu Not Get Relief From CBI,CBI Summons Lalu, Tejashwi On Oct 3 & 4 Respectively http://bit.ly/2wTo8hb

Defense Minister Nirmala Sitharaman Made It Clear That India Will Not Send Troops In Afghanistan. http://bit.ly/2frVcS8

Team India, not happy with this brand kit, told of poor quality 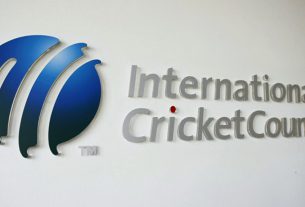