Patna: Bihar Chief Minister Nitish Kumar today paid homage to Shahadat and Qurbani martyrs of Hazrat Imam Hussein on the tenth day of Muharram and paid tribute to them. According to a press  release issued from the Chief Minister’s Office, Nitish Kumar said that in the Maidan-e-Karbala, the Qurbani  given by Hazrat Imam Hussein and his 72 followers for the truth and against the injustice, oppression and arrogance is immortal.

Chief Minister Nitish Kumar appealed to the state people to recall the sacrifice of Hazrat Imam Hussein and to adopt the ideals of truth, humanity, right and good and create an environment against evils, arrogance and terror.

Bihar: Government Take Compensate To The Teachers And The Pensioners Who Retire At 65 Instead Of 62 http://bit.ly/2fERZ5m

Hrithik Roshan And Tiger Shroff Will Be Seen Together In The Yash Raj Production Unnamed Film http://bit.ly/2hCabxp

We Might Have Got The Advantage, But Nepotism Is A Horrible Thing, I Am Totally Against It “ http://bit.ly/2xDF6zB

Stampede On The Foot Over Bridge Of Parel Railway Station In Mumbai, 15 People Dead http://bit.ly/2k8Mn56

Bihar: Bihar Government Is Preparing To Develop An IT Center In The Biscomaun Bhawan http://bit.ly/2ydWj3f 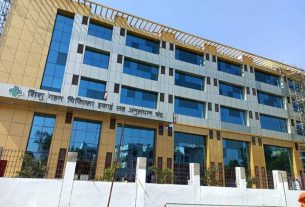