new delhi: The whole country was angry with the video of a sedition with the Indian Army jawans in Jammu and Kashmir that came out on Wednesday. On Thursday, Indian cricketer Gautam Gambhir expressed his anger through tweet on the issue. Gautam Gambhir wrote in the tweet that about 100 jihadis should be killed at every step that our youngster has to face. Anyone who wants freedom can leave it. Kashmir is ours.

For every slap on my army's Jawan lay down at least a 100 jihadi lives. Whoever wants Azadi LEAVE NOW! Kashmir is ours. #kashmirbelongs2us

This is Unacceptable ! Cant do this to our CRPF jawaans .This rot has to stop. Badtameezi ki hadd hai. pic.twitter.com/rZbqGbXk6O

After this tweet of Gautam Gambhir, Virender Sehwag also supported Gambhir on this issue. Sehwag tweeted the video saying that nowadays he has reached the limit.

Smiling Army jawans
Recently a case has been brought out, where some Kashmiri youths are seen kicking the CRPF jawans. But the young man did not say anything to the young man. The young man was returning from the election duty at the time, when he was attacked.

Violence took place in by-election.
Significantly, during voting in Srinagar Lok Sabha seat, 8 people were killed in the violence in Badgam and other areas of Srinagar. Apart from this, 36 people including some election officials were injured. Due to this violence, only 6.5 percent of the voting was recorded, which is the lowest voting in the state in three decades. 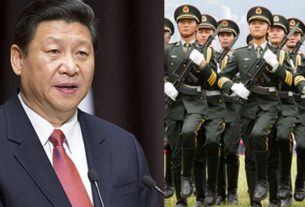 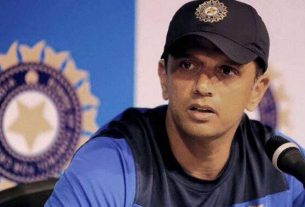